There are pretty marinas. There are big ones and small ones. Historic ones. Others with plenty of atmosphere and also quiet ones. Famous and discreet ones. And then there is the Port de Sitges - Aiguadolç Marina, with an unbeatable peculiarity: it is located in an urban area, very close to Balmins Beach and less than a ten minute walk from the old town. It is so embedded in Sitges that this is the only way to explain the atmosphere that envelops it... and that is created there.

The Port de Sitges - Aiguadolç is one of the best marinas in the Mediterranean. With a total of 742 moorings, it has a complete range of services, both its own and external, for recreational crafts. It also has the first adapted sailing school in Spain and an exclusive center for the storage, maintenance and sale of jet skis. But that said, the energy and essence that characterizes this marina comes from its direct connection to Sitges. In the same way that contact can lead to affection, the proximity of the Port de Sitges - Aiguadolç Marina to the town's urban areas has given it an open, active and welcoming personality. If you stop into the Port, you're going to have a great time.

And you'll have a great time because this is a happy marina. And happiness is contagious. Eating well makes us happy, don't you agree? Well, in the Port de Sitges - Aiguadolç Marina you can find some of the best benchmark restaurants in Sitges and the surrounding area. Not only in summer, but year-round: good, diverse food with a view. Overlooking the sea and the central street of the Marina, a sort of Ramblas that serves as a varied walkway where both locals and tourists pass by. Furthermore, behind the restaurants that are not overlooking the sea, you will find the narrow, white streets of this fishing village, the only one of its kind located within a marina on the entire Catalan coast and inspired by those of the French Riviera.  And speaking of sailors, remember that the Port of Sitges - Aiguadolç Marina is the headquarters of the Sitges Fishermen's Association, the second oldest in all of Spain, and where you can come and get a first-hand look at the artisanal fishing tradition that is still alive in our town.

And speaking of happiness, music always has a preferential mooring in this marina. First in its bars, and later in the concerts it organizes on a regular basis. This year, however, the bug recommends distance and precaution, which is why, for the first time in sixteen years, we will not be able to enjoy its Concerts de Mitjanit ('Midnight Concerts').

What won't be closing is the beach. And the Port de Sitges - Aiguadolç Marina has one of the best beaches in Sitges right before the entrance to the premises: sheltered by small cliffs (which protect it from the wind and give it a wilder appearance), the Aiguadolç Beach is one of the sandy beaches that attracts more families. The photo we share with you below explains it even better... 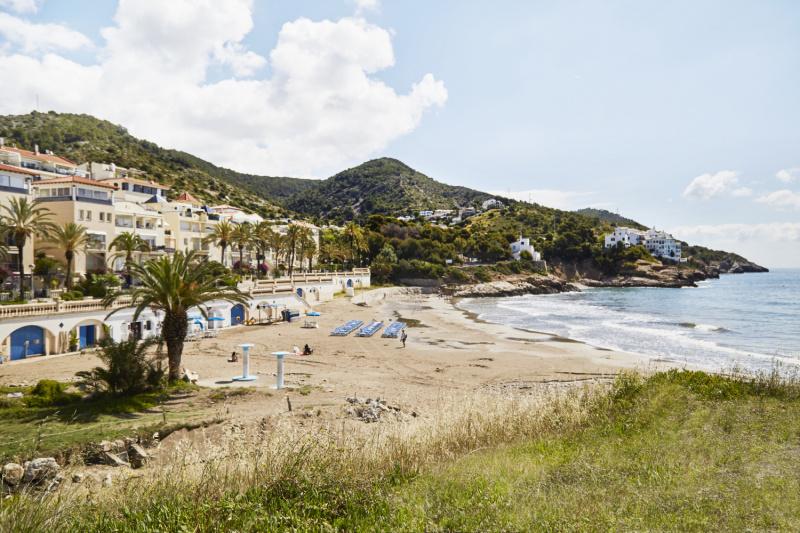 So that's about it for the marina and its charms. Now all you need to do is add yours... How about that for an ending? The one you deserve ;) Let's go, come to the marina!