Starting with the name, the Platja de l'Home Mort or Dead Man's Beach is a very special place. It's special thanks to its location - you have to walk a while, first up and then down -, to its perfect blend of blue and green, and to its traditional atmosphere - since 1930, it is considered to be the first 'gay' beach in the world. And in September, it's all yours. Or almost...… 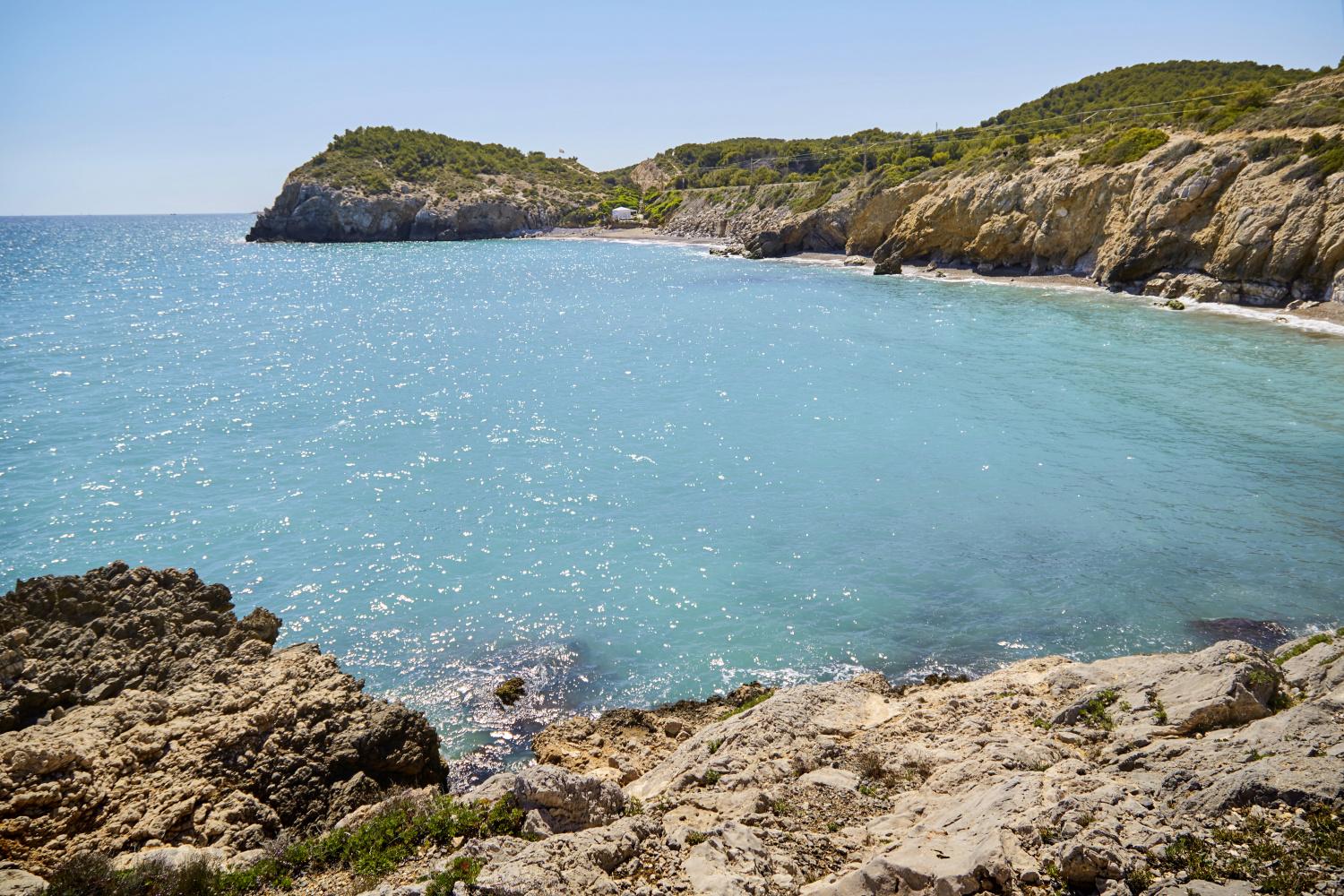 Different strokes for different folks. Or different beaches in Sitges. Because you know we have plenty and a wide variety to offer. Up to 26 to choose from. But there is one very special beach: Platja de l'Home Mort or Dead Man's Beach. The picture already takes you there: tucked away and secluded, at the foot of a small ravine, the ground consisting of small pebbles or stones, green on both sides and various shades of blue in front.

Practical information: the route to reach this beach isn't at all fast. Nor is it easy if you don't like to walk a bit (and then climb up and back down). But, hey, it's not an ordeal by any means: from the parking lot of the old Atlántida nightclub, a path begins that is a little over a kilometer long with the prize of a simply spectacular ending to your journey.

The spectacular part isn't limited to the surroundings of the Platja de l'Home Mort. It’s also, and very much so, thanks to its atmosphere. Since 1930 it has been self-proclaimed as the first 'gay' beach in the world. What was a secret for obvious reasons in its early years is now a much publicized nudist cove frequented by the LGTBIQ community. The result is a gift of nature, a small, open, and tolerant bay, always lively thanks to good music, cocktails and sustenance for the body at the Chiringay del Muerto Beach Bar, another reason in itself to put one foot after the other and make the effort and take a walk out to there.

Why is it called the Platja de l'Home Mort or Dead Man's Beach? We would be fooling you if we told you that there is ‘documented’ evidence of the reason, but locals who are always well informed about the history and legends of Sitges assure us that during the Second World War the body of an aviator was found in the sand. In any case, it has nothing to do with it being a dangerous beach for swimming. However, we must warn you that the danger of this beach is that once you discover it, your requirement level is going to skyrocket... And if you go there now, have a good laugh at Florence and the Stendhal syndrome... And no complaints afterwards!