The Sitges Film Festival is unstoppable

If you’re coming to Sitges from October 8th to 18th, good for y@u. Because even though there are always plenty of reasons to come here, the 53rd edition of the International Fantastic Film Festival of Catalonia is being held on those dates. And it doesn't even matter if you don't like cinema or if you only like it a little: because it's a social event so closely connected to the town, its streets and its residents that the atmosphere it creates is unique. And this year, even more so. Much more 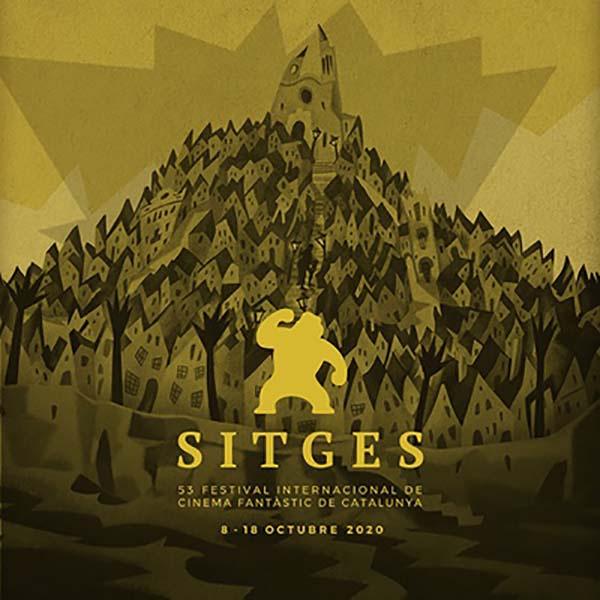 Summer lasts a little longer in Sitges. In fact, it doesn't end until the Fantastic Film Festival of Catalonia is over, which is like the 'grand finale' of a good fireworks show: you feel so excited and clap like crazy. The Sitges Film Festival is an integral part of the town. The Director General of the Sitges International Film Festival of Catalonia Foundation, Mónica García, explains it all very graphically: "The Festival is part of the town's ecosystem, it’s experienced and felt in a very special way; it truly is a very exciting moment, it's like a flood that engulfs the whole town and where the locals and both the social and economic sectors get incredibly involved".

And if this Festival is always so, so eagerly awaited, this year even more so. The 'bug' casts a long shadow and has caused many events to be suspended since March. But the Festival has held out. And it asserts itself. "We never considered canceling it, and the fact is that so many people are anxious for the moment to arrive to be able to enjoy this cultural and social event after a summer that hasn't been easy; we have the feeling that the Festival is seen as a tiny rebirth of events here".

Continuing with the analogy of the Foundation's Director General, the International Film Festival of Catalonia's flood will be highly expansive and will reach the streets of Sitges in different ways: as a street market at Sant Sebastià beach (in the Fanshop Area), as a 'Food Truck' area on Avinguda de Balmins and Ramon Planes Street, as a venue for screening open-air short films at the Plaza Catalunya and even as a meeting point for the world's smallest traveling movie theater, the Puck Caravan, conceived for boys and girls and located at the Plaza Vidal i Quadras on October 17th and 18th from 11 am to 2 pm and from 5 pm to 8 pm.

And will there be zombies? How could anyone possibly doubt it...? It's true that the traditional Zombie Walk will not be taking place, but the living dead will be very much present thanks to the Fantastic Zombie Experience. So be warned: from October 9th to 12th you can expect to find zombies getting a haircut, buying bread or shaking their skeletons to the beats (pun intended) in any of Sitges' streets.

And yes, we know. We haven't even mentioned the fact that this 53rd edition of the Fantastic Film Festival of Catalonia continues to be committed to young debuting filmmakers, such as Romain Quirot, Natalie Erika James or Filipo Jan Rymsza, among others; or the fact that it will be presenting maestro David Lynch with an award, or that there will be a hybrid screening format (on-site in theaters and via the online platform sitgesfilmfestival.online). But there's no need, am I right? You were already convinced a few lines up, weren't you?