Sitges has a happy taste. It's sea and sunshine. It's art. Sitges is music, it's dance and it's fun. So it should come as no surprise that the founder of the legendary Ron Bacardi was born here and that one of the two Casa Bacardi establishments is located here (the other is in Puerto Rico). Nor should it come as a surprise that extraordinary things happen in this "Casa"... 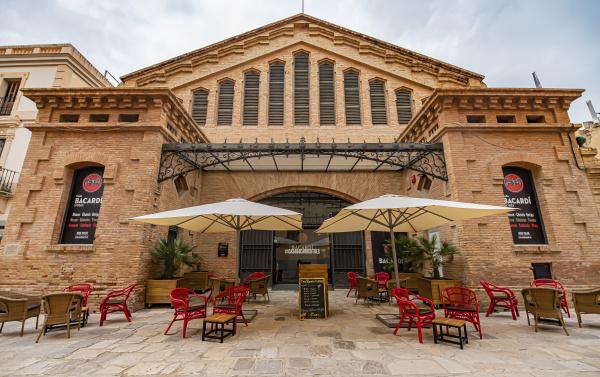 Let's start from the beginning (you know we like to give everything we explain a context). And our starting point is a young Sitgetan, Facundo Bacardí Massó, who in 1830 swapped the Mediterranean for the Caribbean and began to experiment with distilling, preserving and ageing rum. The result was the production of a rum that was softer in the mouth, silky, with a longer taste and smell and with citrus notes. With Facundo, this Premium rum was born.

And since we must always pay tribute to our origins, the famous brand opened Casa Bacardi Sitges in 2010. And it did so in an emblematic location: the town's old market, the 'Mercat Vell' in Sitges, located next to the Town Hall, which is characterized by its exposed brick façade and the iron marquee that adorns the entrance. Inside, a world of its own...

Before we go any further, a word of warning: Casa Bacardi is not a bar. Cecile Kwapich, the venue's Brand Home Manager, tells us that entering this Casa "is to participate in a cultural experience that allows you to get closer to the family and the brand". And during this participation, the preparation and tasting of cocktails are a main element.  And since the shadow of the "bug" is always long and has already forced the venue to close on several occasions, Casa Bacardi has virtualized its cocktail classes, which are taught via the Zoom platform. Virtual Mixology', they call it.  Those interested can sign up through the Bacardí online store, which also offers the opportunity to organize private classes for groups.

The brand is boosting its online store significantly due to the Covid-19 restrictions. But Cecile recommends checking first to see whether the Casa is open. And if it is, "nothing compares to a visit like this.” Because as we already mentioned, Bacardi and Sitges have a lot in common thanks to Don Facundo. In addition, the fact of having a Casa in Sitges is an added value for the bat icon’s company. As Cécile points out, "being in Sitges, the people who come here are people who like to go outside of Barcelona; people who like to wander off the beaten track.” People like you, am I right?