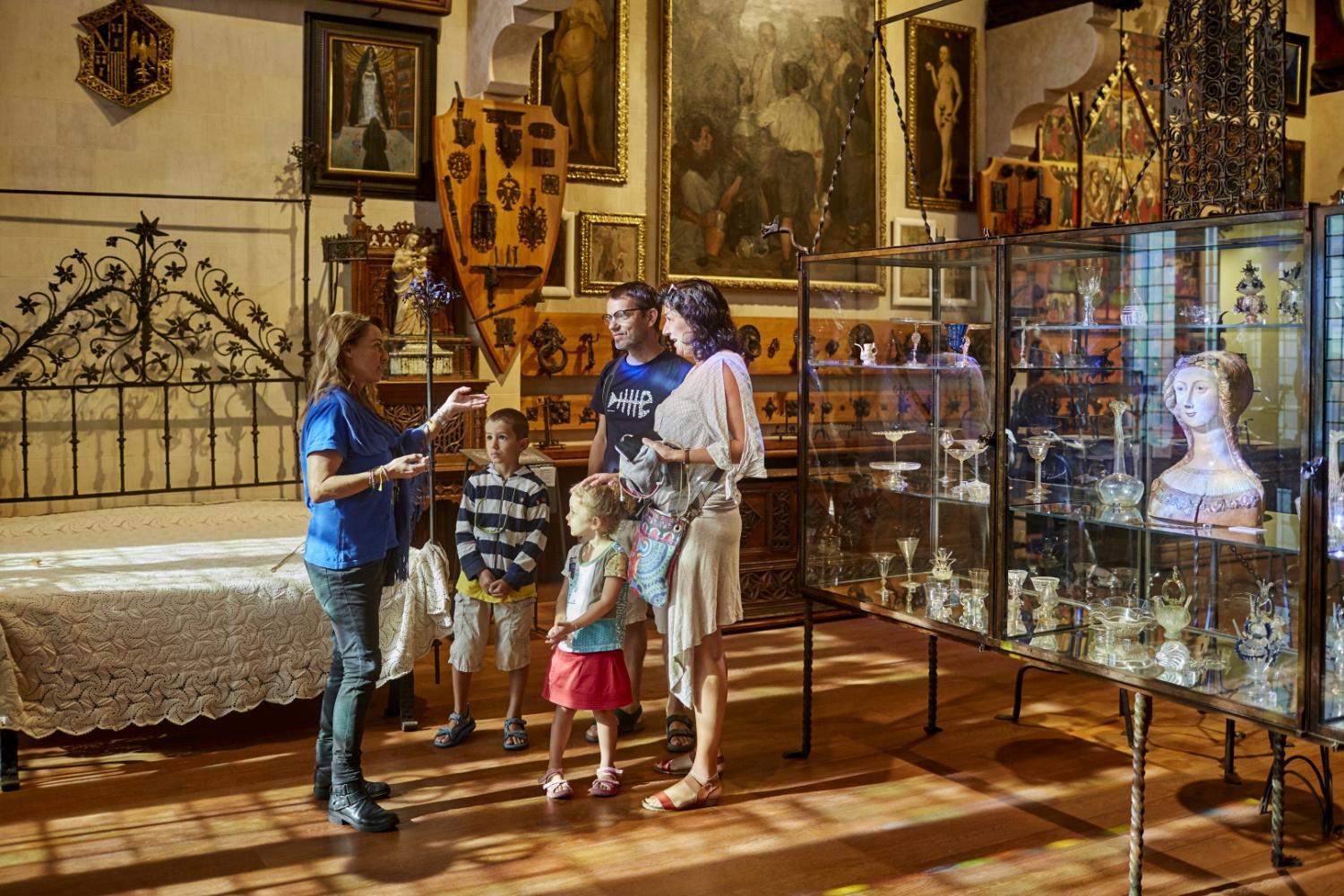 The title isn’t ours, but is a definition from Pere Izquierdo, director of Sitges’ Museums, who, when speaking about the Cau Ferrat, conveys a contagious passion for this, the former home of Santiago Rusiñol, “an essential and benchmark place of Modernisme and of 19th and 20th century art”.

Let's take a look at the numbers first: 2,600 objects on display (yes, really, Rusiñol does credit to 'horror vacui', but with style and lots of art), a collection of drawings and paintings that has now been reproduced in a 400-page catalogue  that was presented this past February 14th, as well as 750 pieces of Modernista wrought iron. Let’s continue with the distinguished figures: works by Santiago Rusiñol and Ramón Casas (main representatives of Catalan Modernisme and Spanish Modernism), by Zuloaga, Utrillo or Pichot and... let's see, I’m forgetting two of them... oh, right, two works by Greco and five by a guy named Picasso… Is Izquierdo exaggerating?

So seeing that we agree on the Cau Ferrat’s relevance and artistic magnitude, this

2020 gives us 'extra' reasons to come and visit it: the exhibition for its 125th anniversary  (1894-2019) has been extended until March 22nd, although it can be seen at the  Maricel Museum (right next door). In addition, in early April (the date has yet to be confirmed), according to Pere Izquierdo (who you now know does not exaggerate) a “spectacular” exhibition will be opening: it is a showing of books on Modernism “that is a unique opportunity to enjoy how artists published books like they did in the Middle Ages.” And once summer leaves us and to still keep the heat, the Cau Ferrat will host an exhibition on Miquel Villà, one of the main representatives of Spanish Fauvism.

So now that we’re convinced that we need to visit the Cau Ferrat this year, the question is how to do it without stressing given all the patrimony on display. The director of Sitges’ Museums recommends a “slow museum” attitude: “Everyone who comes should know that they can enter and leave the museum as they please on the same day, so they can spend some time there in the morning and return later in the afternoon; I'm sure they’ll enjoy it much more that way”.  And another tip: the Sitges Museums app is a very good companion (it’s very discreet and doesn't cost a cent).