The Stämpfli Foundation, a Contemporary Art Gem Yet to be Discovered

Sitges is Modernisme. It is Santiago Rusiñol and the Cau Ferrat Museum. But Sitges is also contemporary art, and it is the Stämpfli Foundation. Still unknown to many visitors, this museum is a gem waiting to be discovered as it houses works by some of the most important artists in narrative figuration, pop art and kinetic art. If you’re up for it, we invite you to discover it together with us.

If you love to travel, you know there are certain places that captivate you. You arrive and soon after, you can feel constant excitement. A tingling that creeps along the back of your neck. You feel good, you are made to feel good... and you simply want to stay. That's what happened to Peter Stämpfli, a Swiss artist who discovered Sitges hand in hand with his wife, the Catalan Anna Maria. And that discovery changed his life, and at the same time culturally transformed life in Sitges.

From the very first moment (we're talking about 1971) Peter Stämpfli became involved in local society and culture. And he did it very actively: first organizing cultural and popular events from 1977 to 1986 on d'en Bosc Street, where he set up his residence. This cultural effervescence was crystallized in 1995 in the Espai Cultural Pere Stämpfli (Pere Stämpfli Cultural Space), which facilitated and promoted research by the Grup d'Estudis Sitgetans (Sitgetan Studies Group), and later, in 2009, in the  Stämpfli Foundation, which made it possible to create one of the Mediterranean's most important contemporary art museums. If you aren't familiar with it yet, then we feel a little jealous of the discovery that awaits you there.

For those of you who haven't visited it yet, we'll tell you a little bit about it. First, and literally: the Stämpfli Foundation is located in the former Sitges Fish Market, in the Town Hall Square. Its art collection consists of works by contemporary artists from the second half of the 20th century who, thanks to their friendship and artistic relationship with Peter Stämpfli himself, donated some of their works to this fantastic museum. Shall we go in? 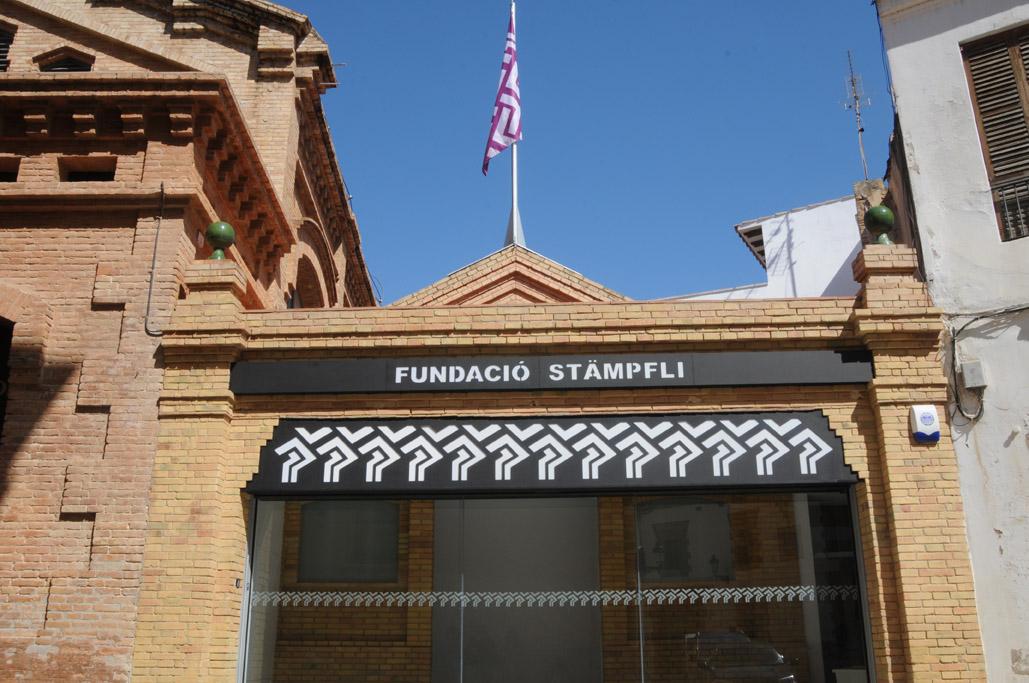 At the entrance you may find Ana or Susana or even both of them. They are the ones who conduct the guided tours, which can be booked on the Museus de Sitges website. Ana acknowledges that this museum "is the great unknown" of Sitges. "The spirit of Modernisme is very extensive, and that's why many people don't know that we have a contemporary art museum that includes works by artists who are also part of the collection at the Centre Pompidou in Paris, the MOMA in New York and other major art centers around the world". So, as we said: we envy you your future discovery...

In our case, we took the guided tour with Ferran Martínez Sancho, curator of exhibitions at the Stämpfli Foundation. A genuine treat, both for everything he knows and, equally important, for the way he explains it. As a preliminary introduction, Ferran puts things in context for us: "What we can see in this museum is the work of different artists who, in the early 1960s, made a total break away from expressionism and abstract lyricism; artists who broadened their perspective by using everyday objects to create a new poetic discourse". You’re feeling like going in, don't you? Come on, let's get started.

The Foundation has six showrooms: 1, 2 and 3, with works by different international artists. And A, B and C, with works by Peter Stämpfli himself. Let's start, if you agree, with the numbers and with room 1, "the Crown Jewel", according to Ferran Martínez. Why? "Well, because here we find very prominent representatives of 'narrative figuration', a movement that was born in Paris in 1964 but included artists from different countries". The entrance to this room is impressive, because at the very front there is an oil painting by Peter Stämpfli himself, three and a half meters tall, which shows the detailed drawing of a tire, the main thematic focus of his production. In this same room there are also works by Bernard Rancillac, Erró Gudmundur, Jacques Monory or the Spaniard Eduardo Arroyo.

We move down to Room 2 of the Stämpfli Foundation, more heterogeneous than Room 1, where primitive-style oil paintings of Jean-Michel Sanejouand coexist with photographs such as those by Piotr Kowalski and his aerial view of New York, the torn and then printed negatives by Peter Knapp or the recycled advertising poster socks by the Greek Pavlos.

Room 3 radicalizes the proposal even more, with pieces focused on the so-called 'kinetic art', an artistic movement where the works are in motion or seem to be. A piece by one of its most prominent representatives, a pioneer as well, stands out here: the Greek artist Takis, a sort of weathervane or signpost made of remains of shrapnel and pieces of old telecommunication systems. There is also room for challenges in here: Is the painting by Venezuelan Carlos Cruz-Diez really orange or is it an optical effect? Where do the footprints that populate Niele Toroni's small work lead to? Yes, you will definitely have to come to solve this dilemma... 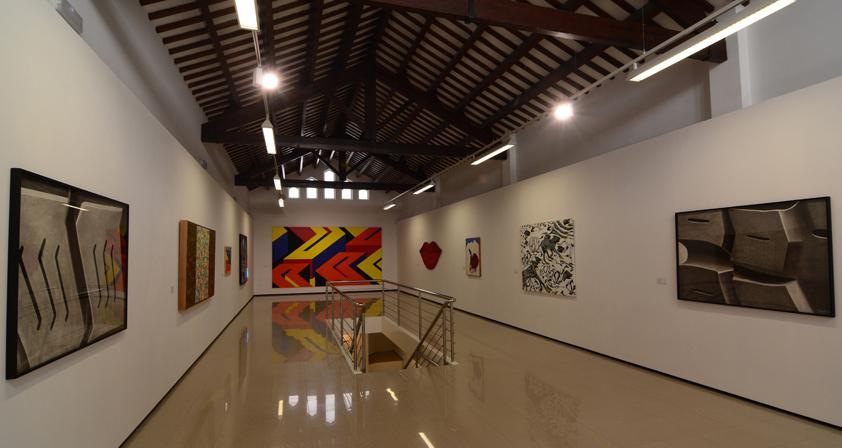 We now move on to the rooms dedicated to Peter Stämpfli, which are located in the adjoining building. It is important to follow the alphabetical order, starting with A, followed by B and ending in C. Doing so allows us to clearly visualize the evolution of his work, which, starting from objects and gestures- a steering wheel, the color of some lipstick, the first cup of coffee of the day or a tomato- later focused on the lyrical and artistic force of the geometric patterns of tire treads. In room B, there are two monumental pieces of two tires - one more than five meters long, and in room C we see how, continuing with this element, gray gives way to color to illustrate and the entirety gives way to detail, with a more vivid and even three-dimensional geometry.

And that's the end of our tour. Let us know how yours goes. And remember: schedules and guided tours, on the Museus de Sitges website. Yes, we're so jealous of what awaits you ;)