Great news. The Barcelona-Sitges International Vintage Car Rally is back after two years. And the reason it's great news is because we're talking about a benchmark event in Sitges and in Europe. The vintage cars are back, the aroma of the early 20th century is back, the public is back.... It's going to be spectacular. And this year even more so. You've been advised.

Of course, we already told you so. You can come to Sitges every weekend. You didn't really think that we'd be calming down here after Carnival, did you? In Sitges, we're into action and we're short on days ;) Our next event: on Sunday, March 20th, the Barcelona-Sitges International Vintage Car Rally is arriving. It will start at Sant Jaume Square in Barcelona around 10:30 a.m. and the estimate is that this historic retinue on wheels will arrive at Port d’Aiguadolç de Sitges Marina around 12:30 in the afternoon.

We also have more than enough reasons to come on this occasion: it's the oldest vintage car rally in Southern Europe, both in terms of the number of years it has been held (since 1959) and the participating vehicles (registered before 1928)

You aren't really into cars? That's all right, this isn't a typical rally. This is a social and cultural event. Do you know why the drivers and passengers are dressed in period costumes? Well, it's because when the first edition was held, it coincided with Sitges' Carnival. And if it's Carnival time, here, in Sitges, you wear a costume, no matter what. So, to join the party, the first participants decided to dress up to match their vehicles. And since then and to date, 62 editions... However, as Núria Carbonell, secretary of Foment de Sitges ("Sitges Promotion"), co-organizer of the Rally along with Turisme de Sitges, remarked, "the whole thing started to gather so much momentum that we finally had to hold it after Carnival, so they wouldn't overlap".  Like we said: in Sitges we're short on days.

Carbonell has the Rally built into her DNA and that's why she has been involved in organizing it for 25 years. Her father, Eduard Carbonell, was one of the driving forces behind the idea, "which was born with the idea of being a winter festival that would push the tourist season forward in Sitges".  That's the thing about living in Sitges: you get restless by nature (or due to the environment or through contamination). The result is just that, a popular celebration where nearly 70 vehicles will be participating again this year, once more shaping one of the most spectacular and emblematic picture postcards of Sitges alongside La Fragata Beach.

This picture postcard will once again feature Alex Ricardo, who, together with his brother Robert, represents the third generation of the family at this event. Their grandfather on their mother's side, Francesc Garriga, had already participated in the first edition. He passed the baton on to his son-in-law (and Alex and Robert's father), who will also participate with his sons in this 64th edition of the Barcelona-Sitges Rally. For Alex, this rally is "very special". And not only because of his family heritage, "but also because it is a unique, international and festive atmosphere; the atmosphere you experience in Sitges is spectacular, and it is precisely that, the people who come to see it, that makes it unique". 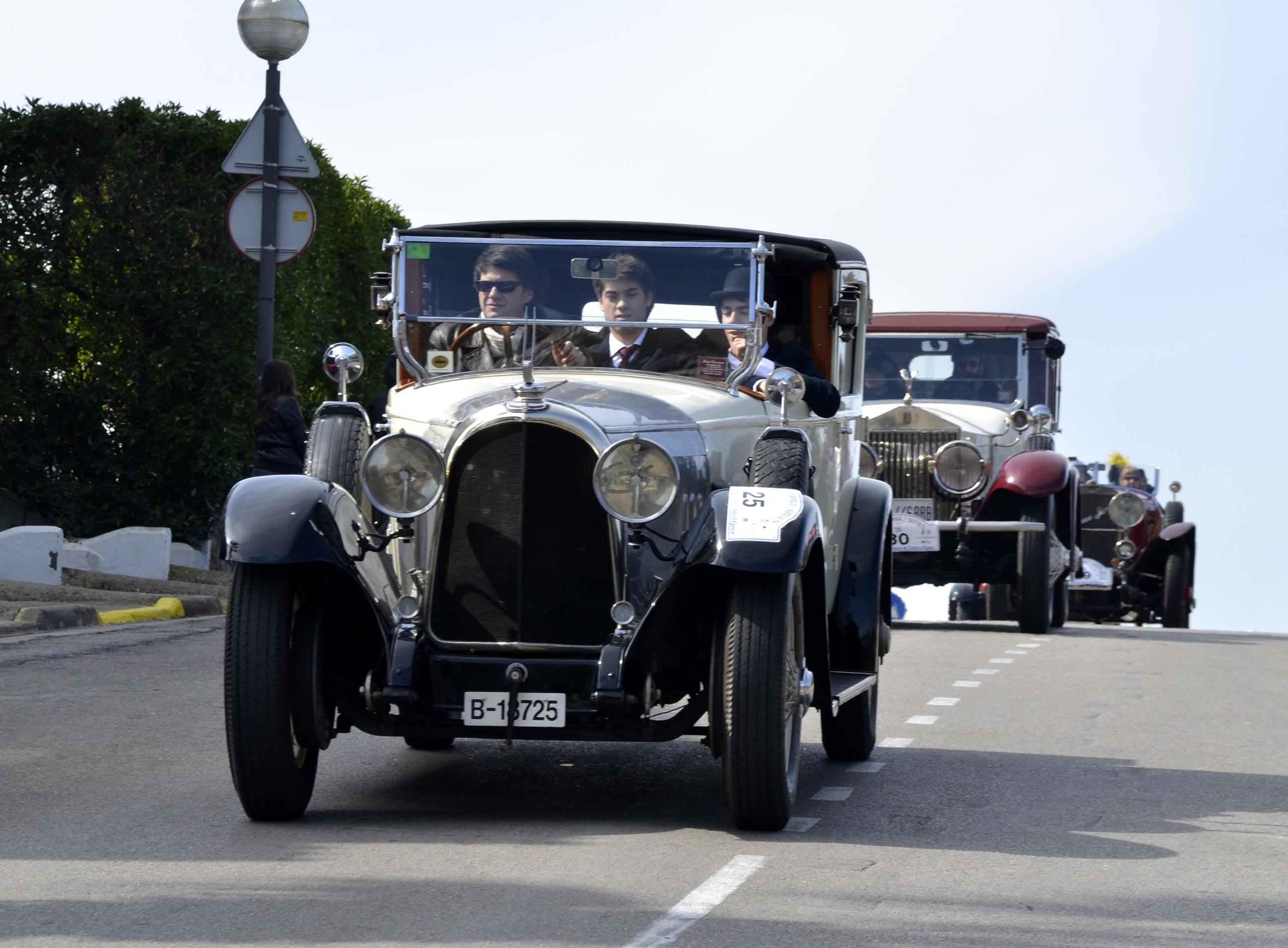 In case you want to give him a wave, Alex Ricardo will be driving a 1927 Rolls Royce Phantom 1, a car that is also closely linked to Sitges. Why? Because it was owned by William Deering, the American entrepreneur who arrived in Sitges with this very car and fell in love with the town  (later down the road, his son would  end up building one of the most emblematic buildings in town, the Maricel Palace).

Àlex's father will also be driving a very special car: a 1925 Avions Voisin C3L. In fact, there are only 10 in operation world-wide. And participating in the Barcelona-Sitges Rally, only 1. How could you not come...? We'll be waiting for you ;)