Terramar Racetrack Reopens to the Public

You may not know that right next to Sitges, we have one of the first racetracks ever built in the entire world. And the good news is that after many years of being closed to the public, its reopening has been announced to host events related to motorsports and horseback riding.

You may not know that right next to Sitges, we have one of the first racetracks ever built in the entire world. And the good news is that after many years of being closed to the public, its reopening has been announced to host events related to motorsports and horseback riding.

We said at the start of this post that the Terramar Racetrack, located on a 25 hectare plot, had been closed for many years. Specifically, more than 60. For this reason (and this may be your case), there are many people who are unaware of the existence of this 2-kilometer oval circuit with 60-degree cambers. A general unawareness that contrasts with the enormous expectation it caused at the time, starting with its inauguration in 1923 by Alfonso de Borbón, still Prince at the time, on behalf of the Spanish Royal Family. It was one of the masterpieces of the Terramar Garden City designed by Francesc Armengol. The Racetrack was undoubtedly one of the 'key' services of this innovative city that included a golf course -the current Terramar Golf Club - , a luxury hotel and gardens with a restored central pond that currently hosts the Terramar Gardens Music Festival. A city that was inspired by the French Riviera and that was a paradigm of ‘Noucentisme’ (a Catalan cultural movement of the early 20th century that originated largely as a reaction against Modernisme, both in art and ideology) in Catalonia: order, urbanity, quality and a return to classical forms.

However, and this concludes our brief historical introduction, from the very beginning the Racetrack suffered from the economic problems of the construction company, which resulted in very intermittent, in fact sporadic, motorsports events over the following three decades. Therefore, the Racetrack, in recent years, has been limited to hosting film shoots and vehicle presentations, as well as being the scene of commercial brand tests.

But now a new era awaits the Racetrack thanks to its present promoters, Grand Prix. A new era with new activities and, most importantly, with a venue open to Sitges and to those who come visit us. The circuit will continue with its profile and host events related to the world of motorsports, such as presentations or public relations events, but no racing. The major new feature will be that the place will be adapted for international equestrian exhibitions, especially during the fall and winter months, when the weather is more adverse in the countries of central and northern Europe.  Admission will be free for all visitors. And when will all this happen? The first tests are scheduled to take place in the winter of 2022.

Another new feature will be the construction of a hotel with 150 beds, respecting the building land and without affecting the surrounding natural area. In addition, the wooded area will be expanded by planting 700 trees.

Right, the question is that now we've piqued your curiosity about the Terramar Racetrack. Would you like to visit it? Well, you can. You just have to contact Agisitges, who organize guided and tailor-made tours. The experience is well worth it. And even more so now that you know about the changes that are on the horizon… 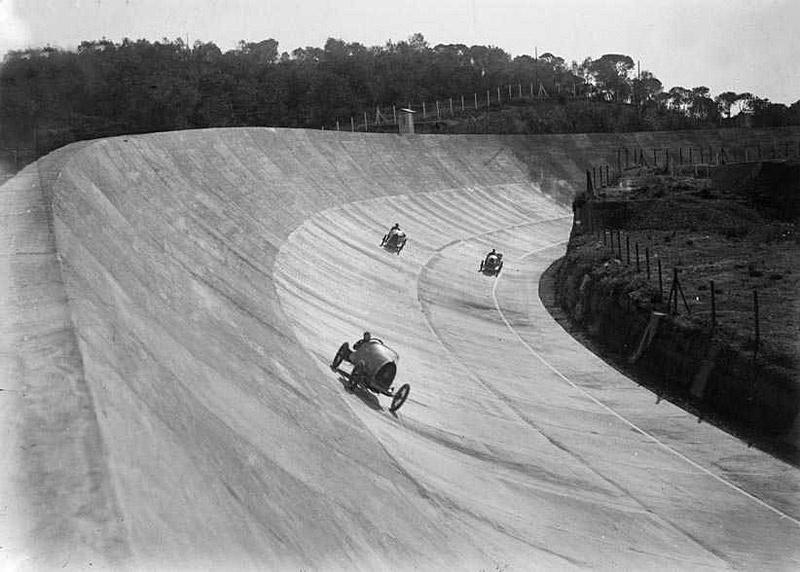