When we highlight the significance of the Sitges Fishermen's Association, it's because of its cultural, historical and economic value. In this town, the fisherman's trade has been passed down from generation to generation. And it's still very much alive, maintaining the essence of minor arts, rowboats, and sustainable fishing.

Okay, a little bit of historical context, what do you think? In the early 20th century, fishermen would take their catches to Fragata Beach where they were auctioned. It was also common for Sitges' boats to sail to Barceloneta Port and there they would unload the fish to sell it.

The other day we were telling you about some of the Sitgestiu 22 activities. And one of them, the one with the most flavor – you should take it is a temptation for the palate-, is the one that will be happening on July 22nd and August 19th at the Maricel complex (that is, the Museum and Palace). The name is already a preview: “The Most Seafaring Sitges”. And the place chosen is part of the proposal, because the Sitges Fishermen's Association will take advantage of the seafaring and fishing-related motifs on display in some of the museum's paintings to show the fishing arts 'in situ', so you can touch them with your own hands. Not surprisingly, this entity is one of the few remaining in Catalonia that exclusively practices so-called artisanal fishing. As such, participants in this activity will be able to see capture systems including fishing with nansas (a kind of trap) or palangres (lines with hooks) like the ones appearing in oil paintings from the 19th century… and also in real life, as they are still used by Sitges' fishermen. The tour will end on the terraces of the Maricel Palace, with an excellent tasting of local products, prepared by one of our fishermen and who is also an excellent cook.

Those interested in participating in one of the two sessions of 'The Most Seafaring Sitges' can now book their tickets through the Sitges Museums website.

If these dates don't work for you but you're interested in fishing tourism, there's another date you can mark in red: July 16th, the festival of the Mare de Déu del Carme (Our Lady of Mount Carmel). On that day, marked by the maritime procession of the local boats carrying the image of the virgin and making the voyage (round trip) between the Port d'Aiguadolç Marina and Terramar, the Association also wants to indulge the palate of those attending. The idea is that following the procession that will start at seven in the evening, in front of the Port d'Aiguadolç Marina's Captaincy Tower, a hard-to-beat pairing will be organized: fried fish and Sitges Malvasia wine -and in the background, or in the foreground, the traditional concert of Habaneras (traditional Catalan folk songs). And behind this new initiative we find the Association itself and the Malvasia Interpretation Center, with cultural agitator Alba Gràcia at the helm. 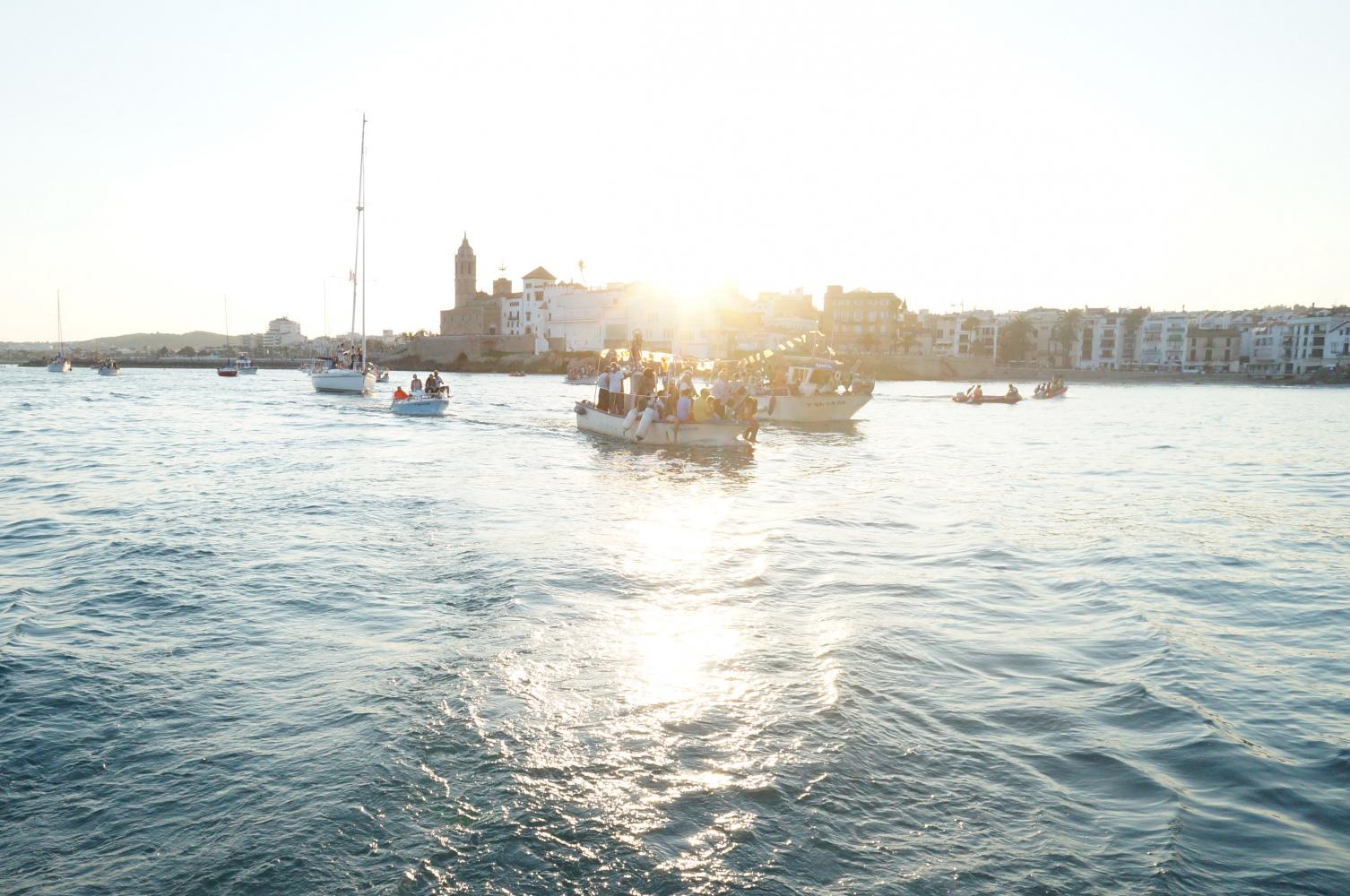 In the case of the Sitges Fishermen's Association, its voice and dynamism is provided by its secretary, Isabel Vivó, who insists on stressing the importance of the town's fishing heritage: "That's why we insist so much that people should take advantage of what the Association does and sign up to enjoy it with us". Both the activity 'The Most Seafaring Sitges' and the fresh fish and Malvasia tasting "seek to bring seafood and local fishing culture closer" to locals and visitors.

The Sitges Fishermen's Association is also a lively organization that wants to share its heritage and knowledge. For this reason, as it holds the Fishing Tourism certificate granted by the Generalitat de Catalunya, it organizes activities like the above mentioned 'The Most Seafaring Sitges' or the procession and fried fish tasting on the occasion of the festival of La Mare de Déu del Carme. Throughout the year, they offer an activity at the Malvasia Interpretation Center called "A Sea of Malvasia", which is especially recommendable, and not only that, but they also offer guided tours of the Marina, walking along the dock to the boats, to discover the history behind them and an introduction to artisanal arts. Since it’s a small organization, you will have to pay attention to their calendar, so you don't miss out on anything.

As the secretary of this Association herself points out, it's important to make the most of this fishing tourism opportunity, one of the most unique in the entire Mediterranean. Besides, as we always say, it's impossible to understand (or enjoy) Sitges without the sea. And without its fishermen ;)