La Cubana Theater Company is celebrating its 41st anniversary by returning to its very origins. That's why they've chosen Sitges to stir up memories and put together a major exhibition - zany, unique, colorful and festive- that will be running from June 17th to September 26th at the Miramar Cultural Center.

La Cubana, or also known as ''Sitges’ Theater Company''. Because, as its co-founder and director, Jordi Milán, says, "La Cubana wouldn't be La Cubana without Sitges, because it's something we've been immersed in since we were kids.” In this troupe's family register, its date of birth appears as 1980. Location: Sitges. The company's parents, Jordi Milán and Vicky Plana.

La Cubana started out as an amateur theater group "where we liked to play practical jokes.” That 'artistic joking' flooded the streets and stores of Sitges in 1983 with the show 'Cubana's Delikatessen'. This theater in the street (and not street theater) was very well received. And it was exported to other cities after a first contract with the Centre Dramàtic de la Generalitat (The Generalitat's Dramatic Center), which marked the company's professionalization. And between then and 2021, so many things. What hasn't changed is its founding spirit, the 'Sitges' brand that has always inspired the company, "which has always been there.”

Looking back always makes you a bit dizzy, but it also motivates you. In the case of La Cubana, the trail is especially bright and long. Extremely long: 10,000 shows, performances in over 200 theaters and the laughter and applause of more than 5 million theatergoers. 41 years of history that have generated their very own universe, zany, kitsch, colorful, fun, irreverent... very Sitgetanesque, in a word. And the idea is to dust off their baggage and put it on display in the exhibition 'La Cubana: 40 years + 1: a journey from 'nothing' to 2021.”

What is this exhibition going to be like? We asked the director: "The truth is that we're a sort of 'junk collectors, we keep everything because we suffer from artistic hoarding. Just imagine all the audiovisual material, costumes, scenery, posters and objects that are part of this exhibition..." To give you an idea of its magnitude, the exhibition has required 20 trucks to transport it all.

In terms of spaces, two previews: there will be an interactive area dedicated to the company's soundtrack and another exclusive one dedicated to the 'Teresinas', a TV phenomenon depicting a lifestyle that, as Jordi Milán reminds us, even though it ended up being set in Barcelona's Gràcia district, "was inspired by the people of Sitges". 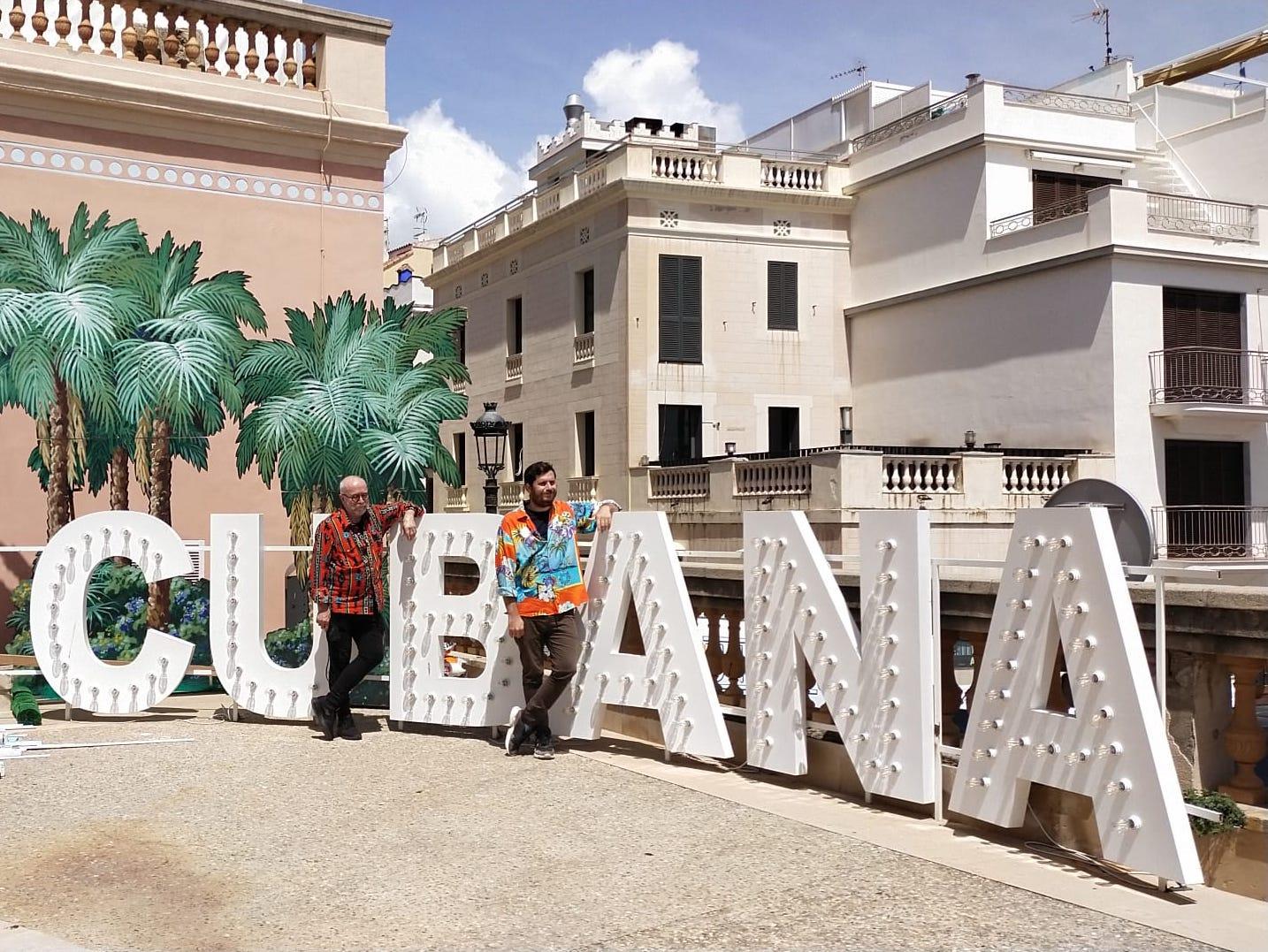